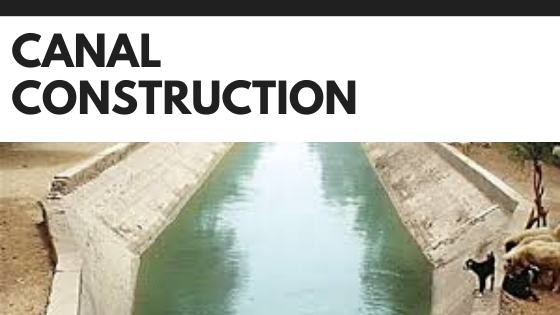 Canal is an artificial channel to carry water from a river or reservoir for irrigation purposes or human needs or navigational operations. The canal always depends on the main reservoir or river. So dams or weirs or lock systems are used to rise up the water level to divert water to canals.

A canal is constructed on the following three basic available water paths which are:

Classification based on the functions

Classification based on alignment:

The advantages of canal linings are,