Fly ash is a coal combustion product that is composed of the fine particles of burned fuel that are driven out of coal-fired boilers together with the flue gases.

The government of India has issued guidelines to use at least 25% ash in the manufacture of clay bricks, blocks, or tiles within a radius of 50 km from coal or lignite based thermal power plants.

Fly ash is used as a replacement for Portland cement in concrete, it replaces up to 30% by mass of Portland cement, but can be used in higher percentage in certain applications. In some cases, fly ash increases concrete’s final strength and its chemical resistance and durability.

In concrete, fly ash can be used as partial replacement of cement and sand to enhance the workability of fresh concrete, to reduce the heat of hydration and to improve concrete impermeability and resistance to sulphate attack.  Fly ash in concrete can be used when its properties lie in certain limits as of concrete but classification by particle size and control of the unburned coal greatly enhances the beneficial effects of the fly ash.

One method by which fly ash bricks are manufactured by mixing it with an equal amount of clay and then firing in a kiln at about 1000 °C. This method reduces the amount of clay required. Another type of fly ash brick is made by mixing soil, Plaster of Paris (POP), fly ash and water, and allowing the mixture to dry. This method reduces air pollution as no heat is required.

Soil stabilization is the permanent physical and chemical change of soils to increase their physical properties. It can be achieved with a variety of chemical additives which includes fly ash for which proper design and testing is done.

Fly ash is also used for embankment construction, it has a large uniformity coefficient and it consists of clay-sized particles. Grain size distribution, compaction characteristics, shear strength, compressibility, permeability, and frost susceptibility, these properties affect the use of fly ash in embankments.

As per ASTM, the fineness of the fly ash is to be checked in both dry and wet sieving. The fineness of fly ash is a measure of percentage retained on 45-micron sieve when a sample is sieved through it. Further fineness is also measured by the LeChatelier method and Blaine Specific Surface method.

The specific gravity of fly ash ranges from a low value of 1.90 for sub-bituminous ash to a high value of 2.96 for iron-rich bituminous ash.

Size and Shape of Fly Ash

As the fly ash is a very fine material, the particle size ranges between 10 to 100 microns. It is usually spherical in shape.

The colour of the fly ash depends upon the chemical and mineral components. Light and tan in fly ash are due to the lime content whereas brown colour is present due to the iron content. and dark grey to black colour is due to an un-burned content.

The components of fly ash vary significantly, but all fly ash includes considerable amounts of silicon dioxide (SiO2), and calcium oxide (CaO), aluminium oxide (Al2O3). The properties of fly ash change depending on the origin and on the power plant mode of operation. 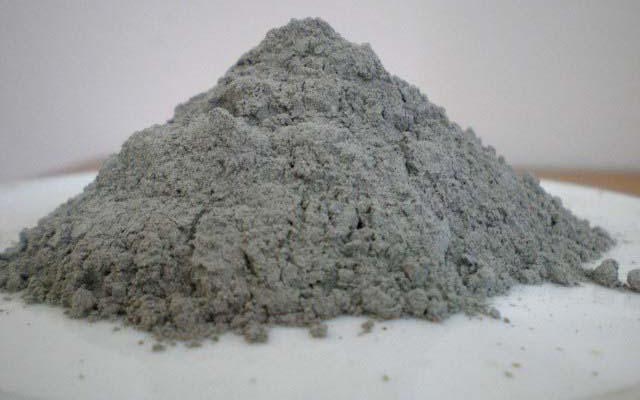 Type of Fly Ash based on boiler operations

Fly ash in concrete plays a dual role in strength development. It reacts with released lime and produces binder and adds additional strength to the concrete mass.

Fly ash particles are spherical in shape which helps to reduce friction between aggregates thus increases the workability of concrete. Fly ash use in concrete increases fines volume and decreases water content and thus reduces bleeding of concrete.

Additional C-S-H gel continues to form due to the reaction between fly ash and lime thus it increases the sulfate resistance of fly ash.

Effect of fly ash on Carbonation of Concrete

When fly ash is available in concrete, it reduces the availability of surplus lime by way of pozzolanic reaction, reduces permeability, and as a result improves the resistance of concrete against the carbonation phenomenon.

The use of fly ash reduces the availability of free limes and permeability thus result in corrosion prevention.