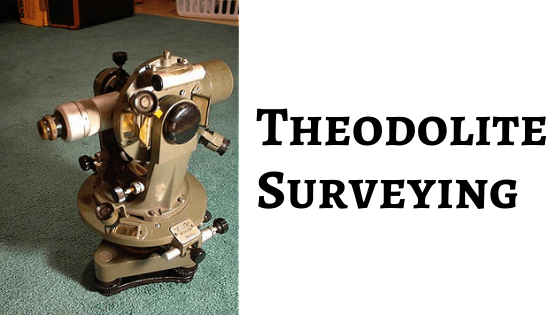 Theodolite surveying is that branch of surveying in which theodolite is used to measure the horizontal and vertical angles.

A Theodolite is a very precise instrument, mainly used for determining the horizontal and vertical distances between two points. It can also be used for prolonging a line, measuring distances indirectly, as a level, like a tachometer. Due to its wide range of applications, it is also termed as “Universal Instrument”.

There are generally two types of Theodolites:

Theodolites can also be classified into two categories on the basis of the Scale used in theodolite as:

Important Parts of the Theodolite & Their Functions 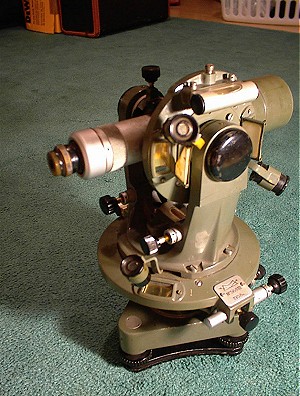 To understand the instrument, it is necessary to know about the parts, the instrument is composed of. These parts are given in as follows:

The theodolite is called telescope normal when the vertical circle is to the left-hand side of the surveyor and the bubble tube on the telescope is upward.

The theodolite is called telescope normal when the vertical circle is to the right-hand side of the surveyor and the bubble tube on the telescope is downward.

The process of rotation the telescope of theodolite by 180-degree about the horizontal axis (i.e. in the vertical plane) is called Transit of a theodolite.

This makes the telescope point in the exact opposite direction. It is also called reversing or plunging.

The process of revolving the telescope of theodolite about the vertical axis (i.e. in the horizontal plane) is called swing or swinging of the telescope.

The process of bringing the telescope from the face left position to the face right position or vice-versa is called changing face.

The face can be changed by reversing the theodolite (transit) and rating it by 180-degree(swing) operations.

Temporary Adjustments of a Theodolite

The activities required at every setting of the theodolite at a station before taking the observations is called temporary adjustments of a theodolite. It includes:

Procedure for setting up the theodolite:

The levelling of theodolite is done to make the vertical axis of the theodolite truly verticle or to make horizontal plane truly horizontal.

This can be done by placing the horizontal bubble tube parallel to any two of the foot screws and then rotating the foot screws in opposite direction to bring the bubble at the centre.

After the bubble has been placed into the centre, it is then placed to the perpendicular of its initial position. Then the third foot screws are rotated at either direction to bring the bubble at the centre. These procedures should be repeated several times until the bubble is completely centred. The same procedure should be adopted in case of the vertical bubble tube.

The eyepiece of theodolite is focused to make the crosshairs in diaphragm clear and distinct. It depends upon the eyesight of the surveyor.

The objective of theodolite s focussed to bring the image of the object in the plane of crosshairs (diaphragm). It is done with help of focusing screw. It depends upon the distance of the object. 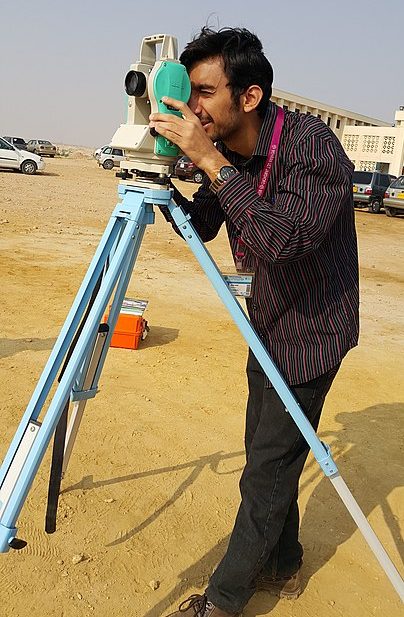 Measurement of a Horizontal Angle by Theodolite

Horizontal angles can be done by two methods:

Repetition method is used mostly in measuring the horizontal angles.

Measurement of a Verticle Angle by Theodolite

This is another important anti function of a Theodolite, and it is the only manual instrument using which vertical angles should be taken. The procedures of taking vertical measurements are as below:

Measurement of a Deflection Angle by Theodolite

While surveying, change in direction of the survey line may often occur, due to identification of some obstacles, such as building, factories, etc. The deflection angle is that angle which is formed between the extension of the previous survey line, with the new survey line. Deflection angles hold a great value in Surveying operation, as it determines the angle, the existing survey line is to be deflected.

The procedure for determining the Deflection angle is given below:

Measurement of Magnetic Bearing by Theodolite

Theodolites are also used for measuring the magnetic bearings. The procedure is as follows:

Ranging a Line using a Theodolite

Theodolites can also be used for ranging a line accurately.

previousHow to determine the Water Content of Soil? (7 Methods)
nextCuring of Concrete