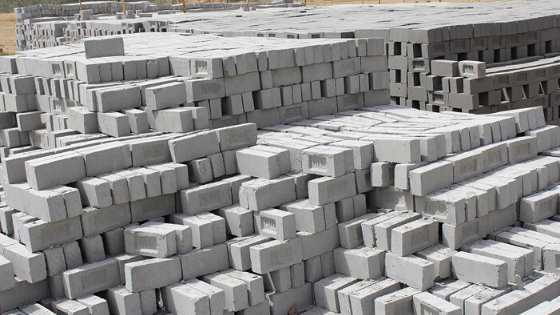 Fly ash bricks have gained popularity over clay bricks.  Fly ash bricks are now being used worldwide. It has resulted in the conservation and protection of natural resources as well as the environment.

Fly ash bricks are manufactured from fly ash (which is an industrial waste), cement, sand and dust.

Fly ash bricks have better properties than normal clay bricks. These bricks can be used in non-load bearing internal or external walls in high rise buildings.

Fly Ash is a burnt residue of pulverized coal that is siliceous in nature.

In all the power plants and industries, fly ash is separate by using the cyclone converter and the fly ash is then used as a raw material for the manufacture of bricks.

The fly ash brick is a slow setting pozzolana cement mix. The process is the same as making cement in cement industries where the clay and limestone are burnt with coal and gypsum. And then these are mixed and ground with cement.

In fly ash mix, the fly ash which is burnt clay particles (oxides of clay) obtained from burning coal, which contains clay from the mines. When hydrated lime powder and gypsum are mixed and ground in a pan, the mixture gives a slow setting pozzolana cement.

While the mix is pressed at low pressure at low moisture content in a hydraulic machine, which is specially designed to give high-pressure load at a slow rate, in the order of 350kg/square inch. At this rate of pressure and withholding the pressure for the desired time gives the ultimate strength to fly ash bricks.

The appearance of fly ash bricks is very attractive due to its pleasing colours like cement, uniform size and smooth finish. Due to uniform size, mortar requirement for walls and plastering reduces almost 40-50 %. Plaster of Paris, putty can be applied directly without a baking coat of plaster. These bricks are free from cracks, wrap age, organic matter, pebbles and nodules of free lime.

The compressive strength of fly ash bricks is very high (i.e.9-10 N/mm2). Due to high strength, there is no breakages and wastages during transport and handling. The lower thickness of joints and plaster reduces cracking in plaster. These bricks do not cause any extra load for the design of structures and provide better earthquake resistance. It improves the strength over time and offers greater strength to the building.

The thermal conductivity of fly ash brick is 0.90 to 1.05 W/m2. It absorbs less heat. The pozzolanic reaction between fly ash and lime produces less heat. It keeps buildings cooler in summer and hence it is most suitable for Indian climates.

Fly ash bricks are highly durable and less permeable. The lower permeability can efficiently reduce the effect of efflorescence on bricks. These bricks are less porous, absorbs less water and reduces dampness on the walls. It is also highly resistant to attack by mild acid, water and sulphate.

These bricks are generally available closer to the thermal power plants. However, finding dealers in all major cities and towns wouldn’t be a problem.

Fly ash bricks are environmentally friendly as they are made of wastes materials that come from combustion of coal in the thermal power plants. There is no pollution or environmental damage, considered as a white category product.

The increase in greenhouse gases, out of which CO2 is one of the major constituents, increases the global warming year after year, causing drought and floods. In 1990, globally the total CO2 Emissions account for 24,960 million tonnes.

Fly ash bricks production in energy-free route saves the emissions totally, befitting the project to qualify under the Clean Development Mechanism (CDM), as envisaged by the Kyoto Protocol.