Columns are mainly subjected to axial compression forces. So it is the compression members of the structure.

When a compression member is vertical and its effective length (height) exceeds three times its least lateral dimension, It is called Column.

When the compression member is horizontal or inclined, it is called Strut. Struts are usually found in concrete trusses.

A short compression member, with a height less than three times its least lateral dimension, is called a pedestal or a stub column. Pedestals are placed at the base of columns to transfer a load of columns to a footing, pile cap, or mat foundation. 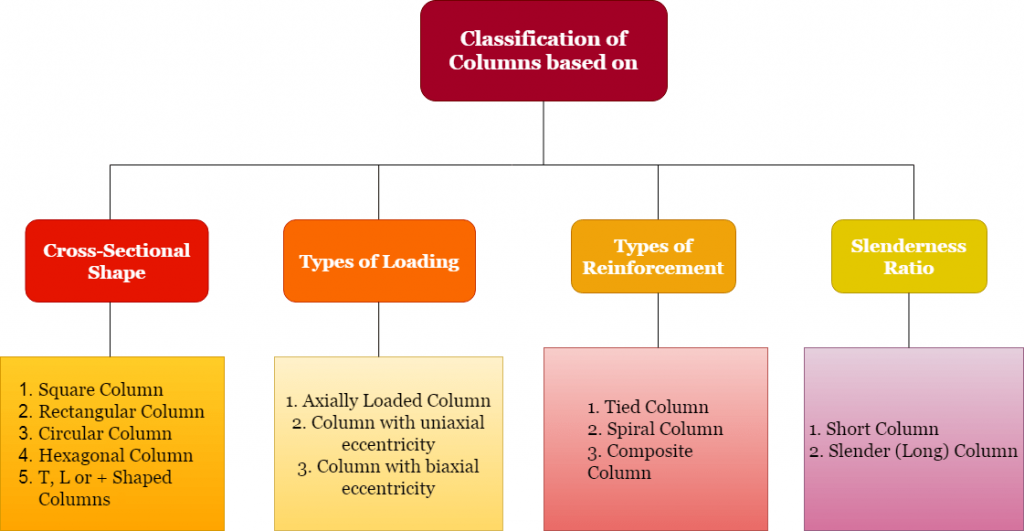 Classification of Columns based on Cross Section 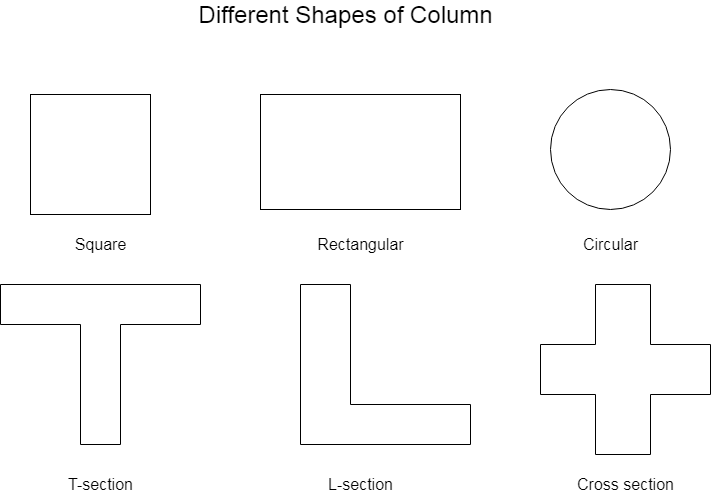 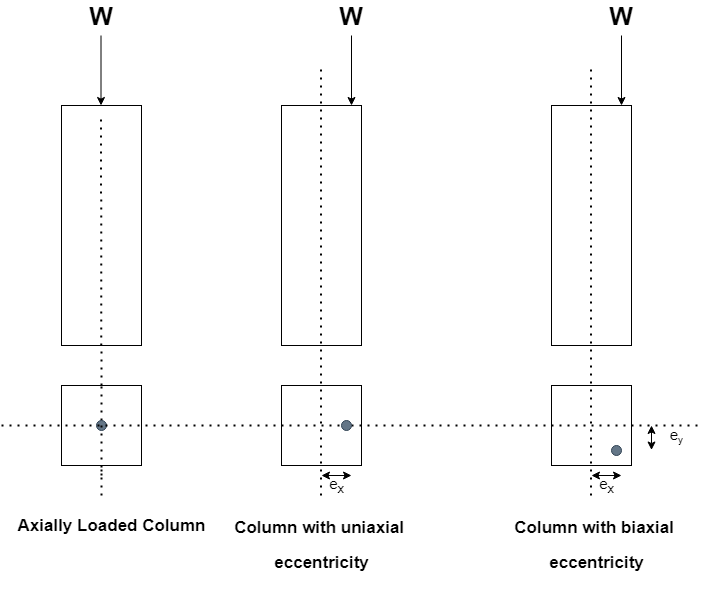 Classification of Columns Based on Types of Reinforcement 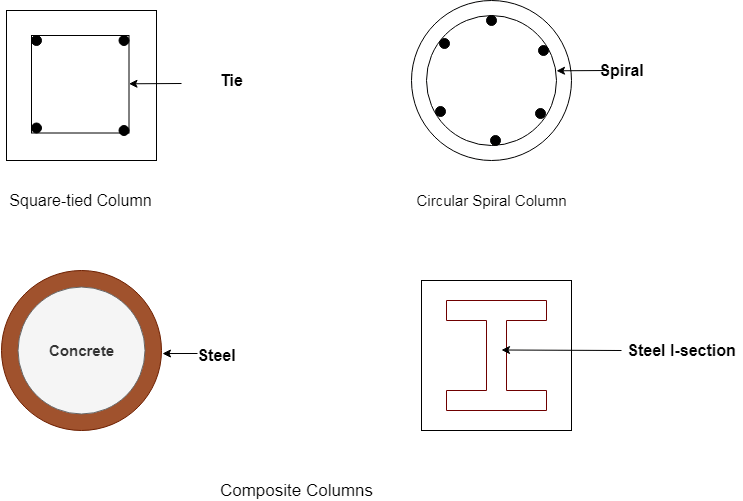 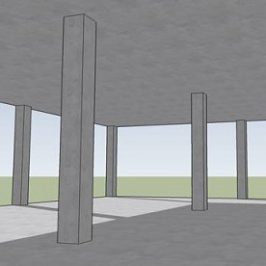 In traditional construction methods are based on the principle that the slab is supported by... 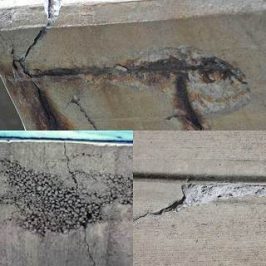 Spalling of concrete is defined as the breaking off of pieces or layers of concrete... 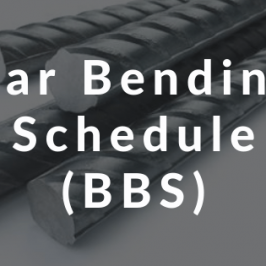 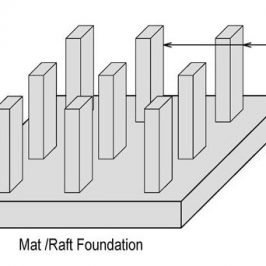 Foundation is one of the most important elements of a structure, the purpose of which... 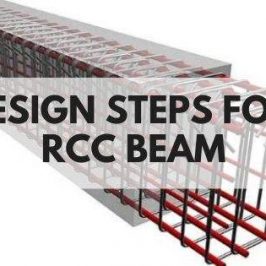 Before initiation of Bidding and Construction phase of any project, i.e. in the pre-bidding phase,... 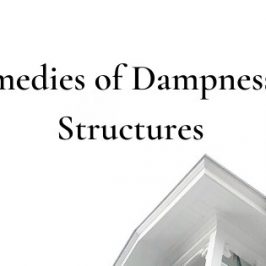 One of the basic requirements of all the buildings is that it should remain as...