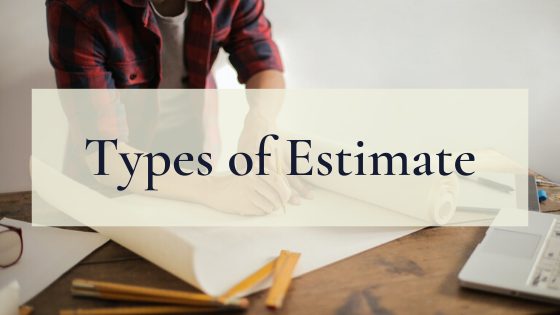 For every construction projects, whether it’s a petty work, maintenance work, or construction of large & complex projects consisting of several segments, Estimate is one of the important aspects to which a civil engineer is significantly involved in.

Within the two major components of any construction projects, Time and Budget, Estimate is the preparation of documents which describes the aspect “Budget”, with all necessary details, and which drives the future of any upcoming construction works. There are various types of Estimate ranging from the detailed description of cost and materials to description of only the quantities, which may be employed for different kinds of projects or different phases of a single project.

In this article, I’ll talk about Approximate estimate, which is the preparation of the estimate at a pre-construction phrase, from the provided, drawings and specifications, which gives a fair idea about how much the project is going to cost. In the upcoming sections, I’ve included some important Approximate Estimation methods and how to perform some of them, which are widely used in every construction projects.

As already mentioned earlier, Approximate estimate is prepared to find the Approximate cost of the project in a short time, and thus enabling the responsible authority concerned to consider the financial aspect of the scheme, and if it meets the project Estimated budget, then required sanction for the same. There may be various methods and approaches which might be employed on different construction projects, based on their convenience. Some of which, are described below,

This is a very common method of Approximate Estimating, which involves taking out the plinth Area(which is the external dimensions of the structure, excluding plinth offsets in any), and then multiplying the same with the plinth area rate per square metre in the locality, which can be obtained by the recent construction works, in that locality.

In this method, the number of unit portion of every structure, such as per km of a highway, per bed in a hospital, per classroom in a school, per metre of a span of a bridge, is multiplied by the cost of per unit of the structure. This type of Estimate can be prepared quickly, spending the least amount of effort and time.

This is similar to that of the unit rate method. A bay is a similar portion of structure. When the structure consists of similar cabins or compartments such as railway platforms, factory houses, the estimate can be prepared by multiplying the number of such bay in the structure with the cost of construction of such a bay.

This method is employed when there is limited time available and the Estimate is to prepared very quickly, for example, within a meeting’s time. This method involves finding out the percentage increase in the cost of materials for the similar structure, constructed a few years back and then applying the percentage increase of the cost of materials in the recent structure, the Estimate can be prepared. But in order to adopt this process, one must have expert knowledge of the rates and cost of the construction materials used.

Cost from materials and labour:

This method involves taking out the cost of materials and labour, arbitrarily, or from the empirical formulas provided by CBRI, Roorkee.

It is the most common approach of Approximate Estimating and is Widely used among all types of structures, and specifically for the purpose of Building Estimate. In this approach, at first, the centre Line length for each wall is determined, which is obtained by deducting the internal dimensions of the wall from the external dimensions and then dividing the result by 2. Then this centre Line length obtained is used for determining the quantity estimation for all the segments of construction. This method is comparatively easy to use, can be prepared in little time, and provides precise quantities of materials used for different segments of work.

In this approach, the overall perimeter of the building is calculated and the centre Line length is obtained by subtracting four times the thickness of the walls.

The above three approaches mentioned are Widely used for the building estimate. In the following sections, I’ve mentioned the procedures of Approximate Estimate, which is based on the Centre line method. The reason for choosing only centre Line method, for describing the process, is due to the fact that this method is mostly used nowadays and the most of the civil engineering students are expected to encounter this process to a great extent, through their textbooks.

The necessity of Estimate in Civil Engineering Career:

In the career of Civil Engineering, the necessity of Estimate is irreplaceable. Apart from in-office Estimation and design work, Every civil engineering profession in the field of the project must have to deal with the Estimate at some point of their career. So understanding the Estimate, and generating new skills, to be used for the estimation purpose, is sure to yield better results in every civil engineer’s career.

One of our professors from Civil Engineering Department in our college told us that this is going to be the subject, you’ll see mostly in the fieldwork, which is completely true as every phase of every construction work, deals with the money. So in order to excel in this field, understand every detail of Civil Engineering drawings, learn different approach about Estimating, implement the skills and practice, these 4 things are must, which will not only be of great help in their career in future but will make the person much more advanced within the industry.