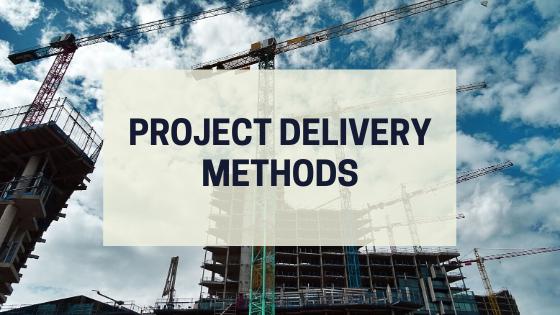 Project delivery methods are the process of allocating the contractual responsibilities for the design and construction of a project.

What is a Contract?

A contract is an agreement with specific terms between two people or entities where there is a promise to do something in return for consideration.

In the construction industry, the contract defines what is to be built, defines the period for design and construction completion. A contract is enforceable by law.

Also Read: Types of Contracts in the Construction Industry

It is commonly called low bid or traditional method.

The owner prepares the contract documents with a set of plans and detailed specifications by their own designers or through any design service company. The owner will publicly advertise the project and award it to the lowest bidder.

The system is designed to identify the contractor who is willing to do the required work for the lowest price. It is most successful when the low bidder is a quality contractor.

In this method, the designer and builder are a team under a single contract. One contractor is responsible for both the design and construction.

Design-Build contracts are often structured on a cost-plus with a guaranteed maximum price basis.

The advantage to the owner is that he does not have to mediate between the designer and the contractor when each blamed the other for project problems.

This delivery method extends the relationship between the owner and contractor beyond design and construction.

The contractor design and build the project at its own cost.  After construction, the contractor has ownership in the project for a specified period of time, and operate the project during that time to recover the total cost and profit.

The best example of these projects is the toll roads and bridges.

Hybrid Annuity Model is a relatively new concept which is being used for highway projects in India. Under HAM, the government pays 40 % of project costs during the construction period and other 60 % as annuity payments over the concession period along with the interest.

In this method, a construction manager is brought on board during the design phase as a consultant to provide expertise in construction means and methods, material and equipment selection.

The CM manages the construction as a general contractor, assuming all the cost of construction, time safety and quality. The subcontractors are hired for specialised works by CM.

It is a cooperative arrangement between the one or more public organisation and another private sector organisation to design, operate, maintain project during a specific period on behalf of the owner.

The following models are usually used for Public-Private partnership projects:

This is based on the ideology of lean construction.

Lean construction is a combination of operational research and practical development in design and construction.

This project delivery method involves practices through all phases of design and construction to improve project efficiency and reduce wastes.

There is no one model that fits all. The methodologies that are being utilized to deliver large scale project and small scale project varies throughout the world.