Tied arch bridge (also called a bowstring-arch bridge or bowstring-girder bridge) is a type of bridge that consists of rib on both side of the deck, and one tie beam on both arches that support deck. Vertical ties connected to the arch support deck from above.

It can be considered a bridge between the arch bridge and a suspension bridge. 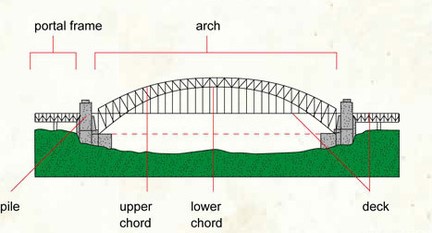 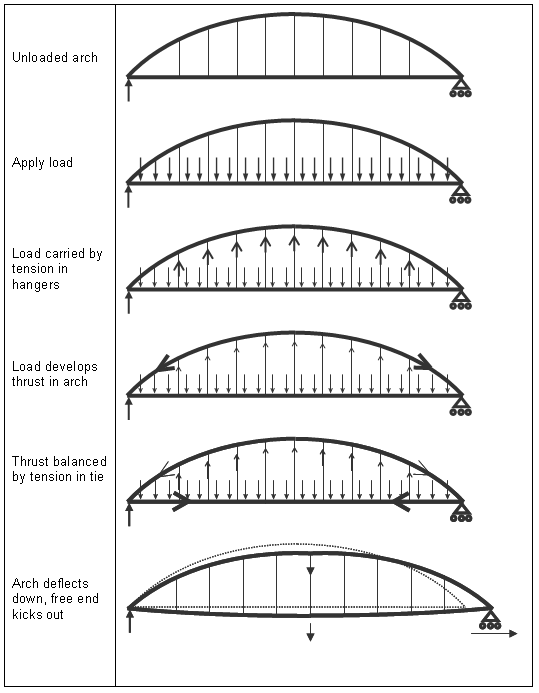 The above fig shows the structural actions of the tied arch bridge while loads come to the deck.

Hangers and its arrangements

Nowadays wide ranges of hangers are available. The simplest one commonly used the round bar, such as the Macalloy system. bars are available up to 100mm dia.

The most compact choice is to use either rope, spiral strand or locked coil strand. If one hanger breaks accidentally the adjacent hangers are capable to work under high-stress levels. So hangers should strong enough to carry extreme loads.

Different types of hanger arrangement are the followings:

One of the famous tied-arch bridge in India is the Godavari Arch Bridge in Rajahmundry Andhra Pradesh. It is the three bridges that span the Godavari river at Rajahmundry which is built by Hindustan Construction company for Indian railways, designed by Bureau BBR Switzerland. The construction began in 1991 and lasted till 1997. It was commissioned for passenger traffic in March 1997 and became fully operational for running trains by the Indian railways from 2003. 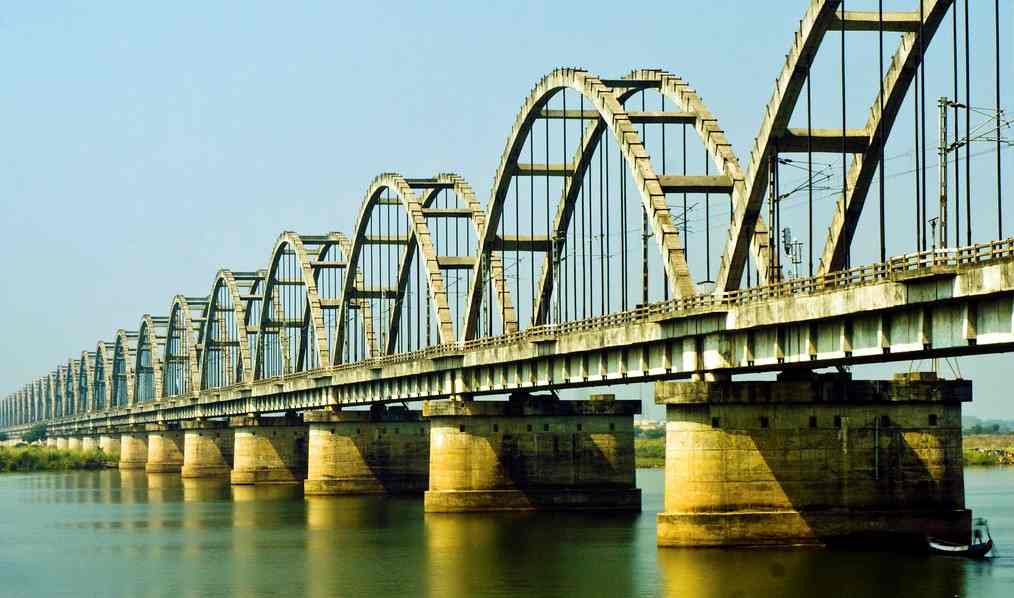