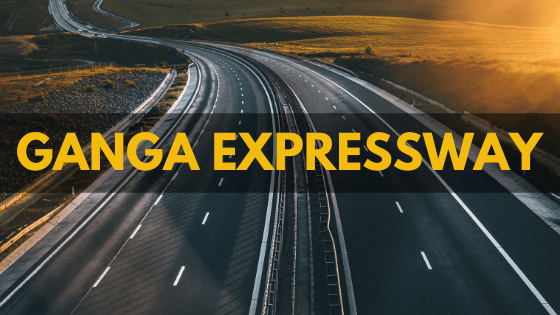 The length of the proposed expressway alignment is approx 594 km in the first phase.

This expressway will ensure high-speed connectivity between the Eastern and Western boundaries of Uttar Pradesh. construction.

The proposed Ganga Expressway starts from Meerut-Bulandshahar highway (NH-334) near village Bijoli in  Meerut and terminates at Prayagraj Bypass on  NH-19 near village Judapur Dando in Prayagraj.

It will pass through 13 districts of Uttar Pradesh: Meerut-Amroha-Bulandshahr-Budaun-Shahjahanpur-Kannauj-Unnao-Rae Bareli-Pratapgarh and Prayagraj. 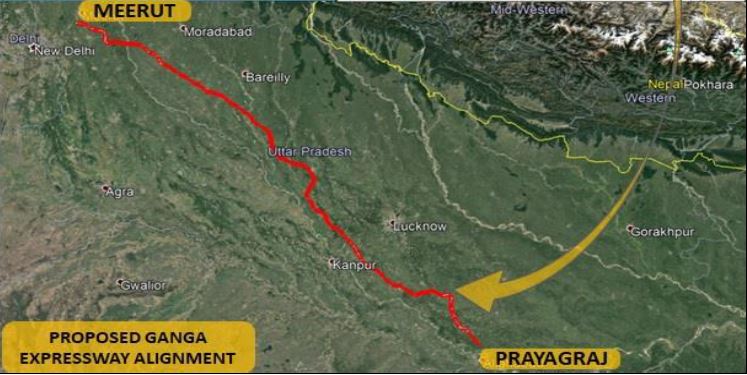 It will be an all-weather high-speed controlled-access expressway. It will decongest the increasing traffic on the existing road network. The expressway will also decrease travel time substantially.

The construction of the first phase of the Ganga expressway has started is likely to be completed by 2025. The cost of this ambitious project of the Uttar Pradesh government is estimated as ₹ 36,402 crores.

In the second phase, following two extensions of the Ganga expressway will be constructed:

The combined length of both the phases of the Ganga Expressway will be 1022 km.